The Visegrad Film Forum has announced the names of the first two confirmed guests at the event’s upcoming 10th edition. This year, as in years past, accomplished industry professionals, who have collaborated with such eminent directors as Jim Jarmusch and Roman Polanski, will be coming to Bratislava to share their experience and expertise in informal lectures. The decennial edition of the Visegrad Film Forum will be held on 15–18 March at the Film and Television School of the Academy of Performing Arts in Bratislava as well as in Bratislava movie theatres. 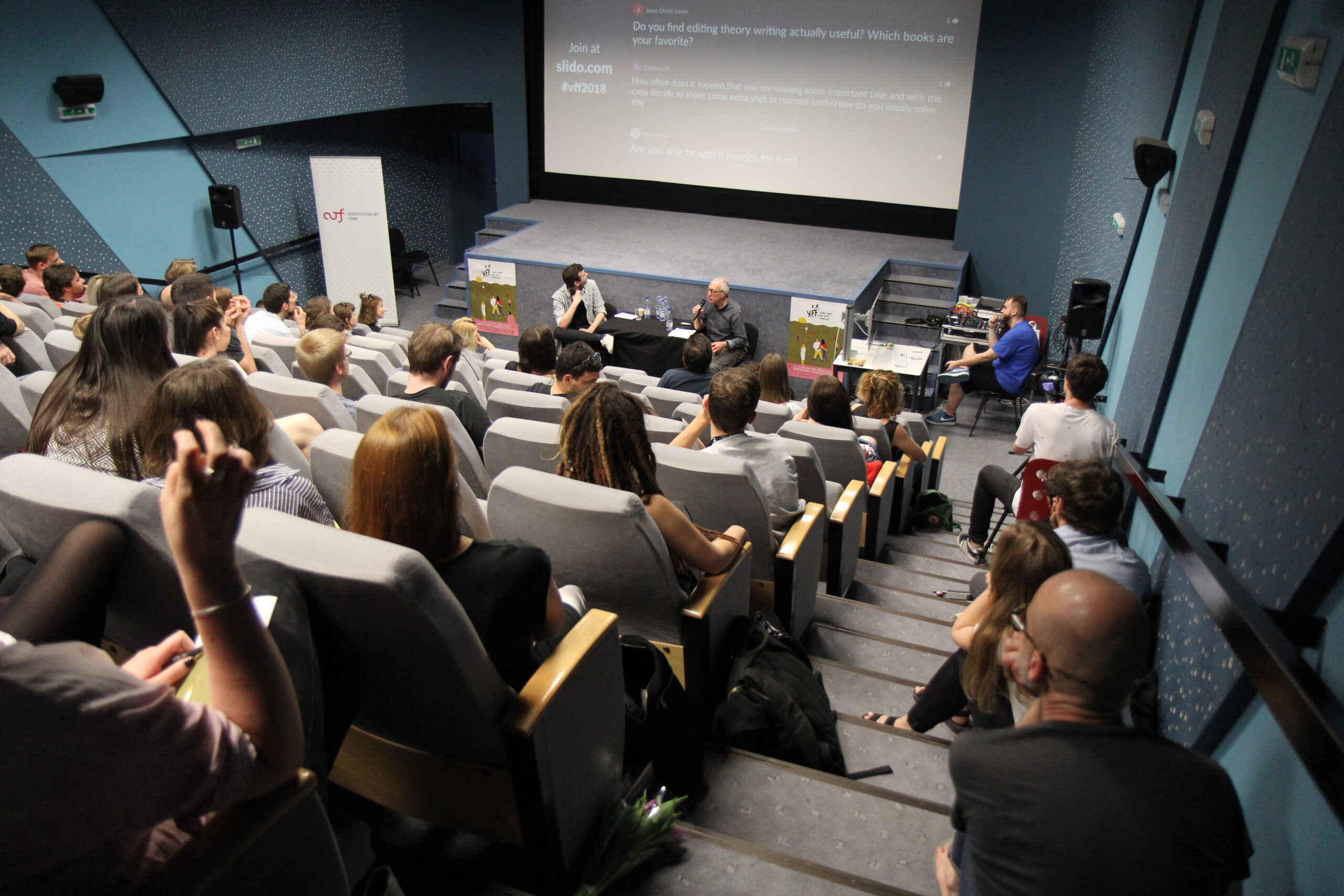 Polish cinematographer Pawel Edelman has worked on such films as The Pianist (2002), Katyń (2007), Oliver Twist (2005), and All the King’s Men (2006). He has been nominated for an Academy Award, a BAFTA award, and an American Society of Cinematographers (ASC) award. His most recent features include Polanski’s film about the Dreyfus Affair, entitled An Officer and a Spy (2019), and Lee (2022), a biopic about photographer and model Elizabeth “Lee” Miller starring Kate Winslet. Edelman is currently working on another film with Roman Polanski, which should be finished in 2023.

The role of the producer in independent film

Producer Jim Stark has helped many iconic independent directors bring their films to life. In the early days of his career, he collaborated with Jim Jarmusch on Down by Law (1986), Mystery Train (1989), and Night on Earth (1991), as well as producing two short stories for the anthology Coffee and Cigarettes (1986). More recently, Stark has worked on such titles as The Whistlers (2019), which was nominated for the Palme d’Or at Cannes, and Foxtrot (2019), which won the Silver Lion at Venice. In the past year, his most recent film, Triangle of Sadness (2022), premiered to immense international acclaim. In addition to other accolades, Jim Stark is the laureate of four main European Film Academy awards, specifically for Best Film, Best Director, Best Screenplay, and Best Actor.

From Berlin directly to Bratislava

The Iranian director Sepideh Farsi has also worked on fiction titles as well as documentaries. Her first two fiction feature-lenght films Dreams Of Dust (2003) and The Gaze (2006) premiered at the prestigious festival in Rotterdam and her latest animated feature Siren (2023) will premiere at this year’s Berlinale in the Panorama section. The film tells the story of fourteen-year-old Omid’s search for his missing brother – and an escape route from the besieged city of Abadan.

“I am glad that, after an uneasy two-year hiatus, we will again have the opportunity to meet at the Film and Television School of the Academy of Performing Arts in Bratislava and create a space for sharing knowledge and experience among respected professionals and the upcoming generation of filmmakers from the whole world, who will be coming to Bratislava specifically for the Visegrad Film Forum,” says the event director, Jakub Viktorín.

About the Visegrad Film Forum

The Visegrad Film Forum (VFF) is a networking and educational platform bringing together film students and professionals from across the world. It provides a dedicated space for discussion about the essentials of filmmaking as well as about current trends in cinematography. Over a period of five days, the Forum will offer a diverse audiovisual programme consisting of talks and screenings followed by discussions with respected industry professionals.

Since 2019, the VFF has been organised in collaboration with IFF Febiofest Bratislava, which takes place concurrently with the Forum. Cinepasses purchased for the VFF are also valid for Febiofest, broadening the activities available to VFF participants.

The Visegrad Film Forum will once again present films by students from its partner film schools. The screenings will be followed by discussions about cinematography as a whole, about the circumstances under which the individual films emerged, and about the professional training provided at the selected educational institutions. Schools from Slovakia, Czechia, Hungary, and Poland, as well as two schools from countries outside the V4, will be taking part in the event.

The Cinepass Christmas Edition, valid for the entirety of the Visegrad Film Forum and IFF Febiofest Bratislava, is available for pre-purchase at a reduced price of 10/15 EUR. To get your Cinepass, follow the relevant link on www.visegradfilmforum.com.